Ripping it up for The Butterfly Challenge #30

It is an honour and a delight to be Guest Designer for Mrs A´s Butterfly Challenge#30 . My choice of the letter ´J´was a purely random one, simply because our son Jonathan was staying with us at the time. When Mrs A informed me that J was for Jagged edges, it became a real challenge! However I had a new set of stamps to play with, and here is what I made. 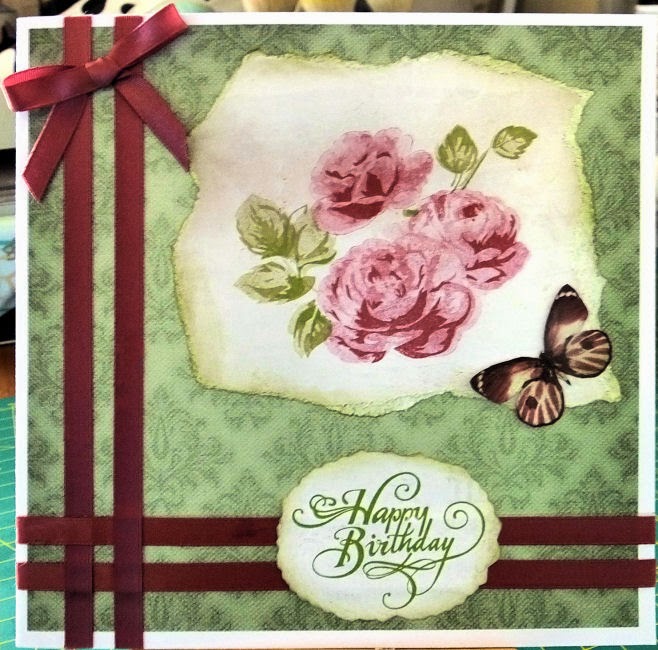 The backing paper is printed from a digi scrapbook kit called Damask Papers, from e-scape and scrap. The paper behind the image and sentiment, and the butterfly are from the same digi kit I used for my previous card. They are both darkened around their edges with some Pistachio Memento ink, and I dusted the butterfly with it too,  to tone down the bright white parts. The sentiment was one I had on file on my computer, and I printed it out in green and roughly cut around it with some deckle edge scissors for the first Jagged edges.
For the roses I used my new stamps which are a set by Altenew. Not a company I am familiar with. I had to send to America for them and they were quite a while getting here,  but I am enjoying using them.
The set makes four different roses, two leaf sprays and several individual leaves. Each flower and leaf has three or four layers, and the idea is to use three or four different ink pads getting progressively darker, or to use one pad and first, second and third generation stamping for the layers.  For this card I have used just one ink pad - Memento Rhubarb Stalk, but the leaves used three different pads, Memento Pistachio, Bamboo Shoots, and Cottage Ivy. 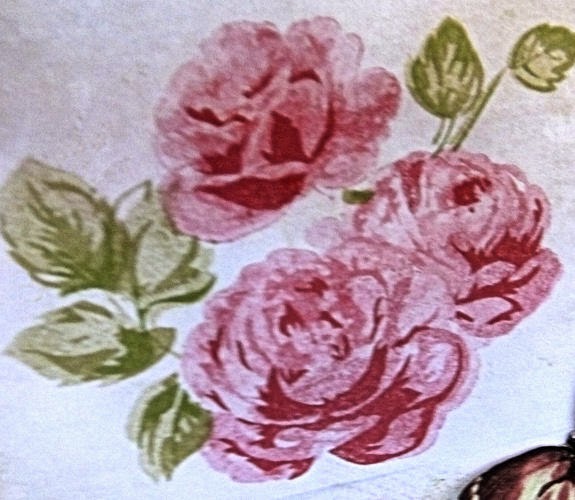 It sounds a bit complicated but it isn´t really. The stamps are clear so you can see how you are placing them, and I printed off a pdf file that shows which parts should line up. And it isn´t important to line them up perfectly. As you can see from this close up, my leaves are not quite aligned, but it doesn´t spoil the end result. I think these stamps produce almost the look of a vintage printed image, and I can see me using them quite often as I have always struggled to find a vintage look.
I used paper masks to layer the roses into a bunch, and then tore around the completed image for my Jagged edges. I distressed them as described above, and glued them to my card adding the butterfly in the corner.


When the stamps first arrived I was a bit daunted by them, but I soon realised that there was a line on their acetate carrier sheet, encircling the parts for each rose, which helped a lot. The leaves you have to sort out for yourself! There are around fifty-six separate stamps in this set, and some of them are very tiny! The first thing I did was to experiment with different inks and this was the result.

The two roses on the far right, and the two on the far left, were all done using several ink pads, and the two central ones were done with one pad, stamping it off first to get progressively lighter results. I rather like the orangey-yellow one.
Most people would find this easiest to do, using a stamp positioner. I know there is a Fiskars one available in UK. I actually sent to America for the MISTI, which cost a lot more, and I do mean a lot more, but it has a larger working area, and think it is brilliant, so for me it was money well spent. It is also wonderful for anyone stamping multiple times with one stamp, for making party invites etc. Jenny McGuire has posted an excellent video on using the MISTI along with the Altenew stamps on youtube which you can see HERE, if you are interested to learn more.
But now I shall schedule this to post for you all on Wednesday, and I´ll be back to see how you all have interpreted the Jagged edge challenge - with a butterfly of course.

Hi Kate,
congrats on your GDT for the butterfly challenge.
This is such a wonderful creation.
I do love those stamps, and the wonderful image you have created with them.
They all look so different in the different colours.
Lots of crafty love. Jenny L.

This is really pretty Kate, your new stamps have cetainly made some beautiful roses. They remind me of some of the printed fabrics I used to work with. I love the colour combination you used as well, the green background paper is lovely.
Jean x

Beautiful card Kate, and I love the way the roses have stamped.
Blessings
Maxine

Congrats on you GDT spot over at Mrs A's butterfly challenge. LOVE the card and the flowers are amazing. Thanks for sharing all the details

Congrats on your GDT spot. Mrs A certainly knows how to challenge us with her letters and you've made a really wonderful 'jagged' card. Those flowers are beautiful xx

Well done on your GD stint at Mrs A's. This wonderful card is just perfect, and I LOVE the jagged edge, ditto that impressive flourish look on the sentiment. I'm not familiar with the stamp company either, but I LOVE,LOVE these roses. You chose a beautiful color combination to show off these lovely flowers...I can almost smell them. We have some blooming just now, and one bush looks quite like these. I have a similar set ordered from Gina K after watching a video. Don't think they will be as pretty as this set though. Well Done Miss Kate. A perfectly gorgeous card! All details. TFS

Forgot to say that MISTI is the perfect tool to use with this set. TFS the link..think I missed this one, but I sure don't know how that happened. I waste (erm, spend!) a lot of time watching Youtube, and Jen McG is one I usually watch dailyl. Maureen Wong is another great one on the MISTI, along with Understand Blue. HOpe that helps. 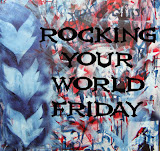 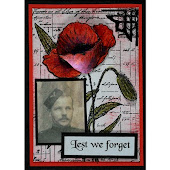